Interview with Douwe van Hees: “Biggest opportunities are in the junior exploration sector” 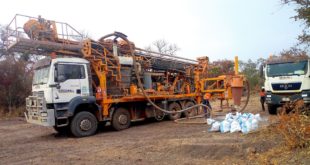 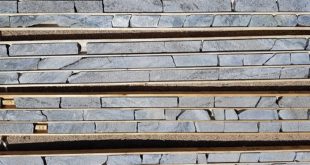 The junior resource space is still waiting for a turn around. However, even in bad times one can be successful and can position oneself for the next upswing. We spoke with Douwe van Hees, fund manager of the Plethora Precious Metals Fund in the Netherlands.

INVESTOR MAGAZIN (IM): Douwe, thank you for taking the time to sit down with us. You are the fund manager of the Plethora Precious Metals Fund. Tell us and our readers more about the fund and how you operate?

Douwe van Hees (DvH): Plethora was founded in the summer of 2012, which at that point seemed to be a fair starting point. After the dreadful performance of the fund and the broader precious metals markets in 2013, I joined Plethora in December of that year as an advisor. Recognizing the changed market dynamics, we adapted our strategy right away to the new situation. For the past year and a half we have focused on selective micro-cap junior (exploration) private placements. This part of the sector took the biggest hit and is in dire need of capital. Because of this imbalance between supply and demand of capital we are able to obtain our starter position in companies with well-priced units with warrants.

IM: The junior resource market is in terrible shape. Canadian newsletter writer John Kaiser talks about that over 1,000 companies on the Toronto Stock Exchange Venture market are trading below 0.20 CAD and have less than 200,000 CAD in the bank. What is your take on the market? Do you see it improving in the near future?

DvH: Most of the “companies” don’t deserve their listing anyways, so it’s a good thing when they disappear, as capital will be allocated more efficiently without all this noise. I think the tide for the well-run junior companies could be turning fairly soon. The majors seem to be in a better shape in the sense that they are bringing down their costs and improving their balance sheets. On the other hand their reserves have depleted fairly rapidly in the last few years. So if they want to be in this business for decades to come they have to get more aggressive in building reserves organically or through acquisitions pretty soon. I believe this dynamic will put the spotlight on high margin resources and viable exploration projects again.

IM: When we last met during the PDAC in Toronto this March, you mentioned that you are participating in a number of smaller placements. What is your current investment criteria?

DvH: First of all, an obvious statement, we look at the management team. With capital constrained you want them to spend every single penny wisely. Secondly, we are not speculating on the price of the metals themselves because we honestly don’t have a clue. This means the project has to have a fair chance of eventually becoming a mine at current or even lower metal prices. And finally, we examine the deal structure. In this market environment we feel a necessity to acquire a fairly priced warrant in a placement.

IM: Where do you currently see the biggest opportunities?

DvH: Currently we think the biggest opportunities are found in the micro/small cap junior exploration sector. Risk, which is always considered high in this sector, is in our opinion subdued due to deflated market caps. In this market one does not pay C$20M for a grassroots idea anymore, which was common in the 2009-2010 run up, but instead acquires an exciting resource or advanced exploration company for the same price.

IM: The market is desperately looking for a catalyst to drive stock prices higher. What could that be?

DvH: Multiple things, first of all one could think of an acceleration of the pace in M&A. This would drive the prices up in the broader sector due to increased speculation and recycling of money. Secondly, sustained profitability of the major mining companies like Barrick, Goldcorp and Newmont Mining. Those major companies are the desired end game for most big development projects that are looking to be acquired. If the mining companies are doing well, the developers will follow suit pretty soon. Thirdly, higher metal prices will help to drive stock prices higher as marginal project will become more attractive again.

IM: Besides precious metals, what is your take on other commodities for 2015?

DvH: As indicated I’m not really in the business of predicting commodity prices, as there are far too many variables at play for me to make a sensible prediction. What I do see, is a slowing global economy burdened with debt. Not sure if commodities will flourish in that kind of an environment.

IM: Our readers are also interested in your top picks for 2015. Which company or companies do you think will appreciate the most and why?

DvH: I will give you three names that are very exciting in my opinion.

The first is a company called Medgold Resources. This is a Gold Group company led by Simon Ridgway, of Fortuna Silver fame. Recently this prospect generator concluded a JV option agreement with Centerra Gold, a mid-tier producer, on their Lagares project in Portugal after very impressive surface sampling on the Castromil and Serra da Quinta prospects. Medgold started the drill at the end of March and I would expect the first results hitting the market pretty soon. Mid-march of this year the company announced a JV option agreement with Turkish gold miner Koza Ltd. on the Boticas project including an C$ 1.5mn direct investment in the company. I expect this deal to close soon.

The second company is called Precipitate Gold. They have a top tier management team including Jeff Wilson, Quinton Hennigh and Adrian Fleming. Full disclosure, Adrian Fleming is an advisor to the fund. Last year Precipitate Gold drilled six holes in a target called Ginger Ridge in the Dominican Republic. Hole 5 was an impressive semi-massive sulphides hit which contained 4.54 g/t Au over 18 meters. Importantly, it was the only hole that targeted the IP high chargeability as the other holes where targeting geological anomalies. Recognizing the possible correlation between the IP survey and drill success the company expanded their IP target from 400m to 1,000m strike length. The most compelling IP targets remain to be drill tested.

Finally a company called Source Exploration. This team is exploring in Veracruz, Mexico for copper-gold rich skarn mineralization. Recent drill results indicate the skarn mineralization is extensive and strongly enriched with copper and gold. In my opinion it is very comparable with the Media Luna project (5.8 million ounces of gold equivalents) of Torex Gold.